Share a memory
Obituary & Services
Tribute Wall
Donations
Read more about the life story of Joanna and share your memory.

Joanna Harris Gibbs, 66, of Scranton, PA, died peacefully on the evening of December 29, 2022, at Green Ridge Care Center, Scranton, after a recent diagnosis of cancer. Meghan Milev was by her side until the end.
Born in Harrisburg on November 15, 1956, she was the daughter of the late John Warren Gibbs (1969) and Barbara Harris (Harlan) Gibbs (1999).

In addition to her parents, Joanna was also preceded in death by her 2 brothers John Charles Gibbs (1970) and Fred Warren Gibbs (1999).

Joanna had a 30 year career with the Department of Defense, starting at the Tobyhanna Army Depot as a temporary Clerk Typist, she found her true passion at the Defense Logistics Agency (DLA) in the Transportation Division. Joanna took great pride in her work and greatly enjoyed training and mentoring her co-workers.  Joanna made lifelong friends during her career at DLA.  A special thanks to Nance Rice for her 20 years of friendship and support. Joanna will be missed by many, including Liz Rice, Tatiana Black, and Dawn Bartron.
While at DLA Joanna re-connected with family she had lost touch with years prior.  It was through these connections she formed a great love and affection for her dear cousins Lowell Gibbs and his wife Rosemary Sharpe, Ginny Coy, Shirley Souden, and Suzy Stewart. She would beam with happiness when talking about her family. She had such great joy in being a part of their lives. Joanna truly enjoyed her visits and Zoom calls with Lowell and Rosemary.
Joanna was a very kind and giving person.  She never hesitated to ask if you are okay or if there was anything she could do to help. Her nature was very giving, kind, and genuine.  When Joanna was diagnosed with cancer, she made the decision to live the remainder of what time she had left on her terms. When Joanna reflected on the life, she said “I have lived a good life”.  We should all strive to be able to say the same when our time comes.
Joanna was an avid Eagles fan never missing a game.  If you wanted to know the Eagle’s stats and ranking, Joanna was the go-to person. Joanna loved to travel, enjoyed challenging word scrambles, and completed uncountable amounts of word search games.

Joanna requested in lieu of flowers, donations be made to https://www.diabetes.org

To send flowers to the family or plant a tree in memory of Joanna Gibbs, please visit our floral store. 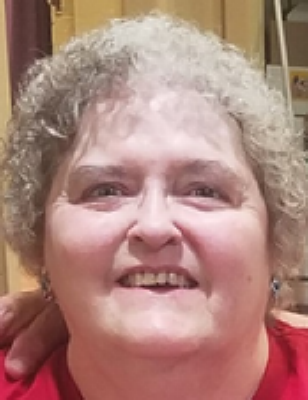 Look inside to read what others
have shared
Family and friends are coming together online to create a special keepsake. Every memory left on the online obituary will be automatically included in the book.

Look inside to read what others have shared

Family and friends are coming together online to create a special keepsake. Every memory left on the online obituary will be automatically included in the book.

You can still show your support by sending flowers directly to the family, or by planting a memorial tree in the memory of Joanna Gibbs
SHARE OBITUARY
© 2023 Kniffen O'Malley Leffler Funeral & Crem. All Rights Reserved. Funeral Home website by CFS & TA | Terms of Use | Privacy Policy | Accessibility