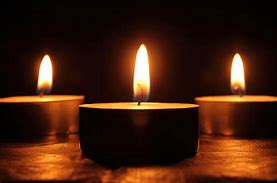 On November 15, 2021, Clayton Karambelas, a well-known businessman and avid volunteer of the Wyoming Valley passed away.

Clayton was born in Wilkes Barre, graduated from Meyers High School and Wilkes College, now Wilkes University. He was the first born to the loving family of John Karambelas of Sparta, Greece and Mary Dukas Karambelas of New York City.

Thanks to his father, Clayton was able to pursue his interest in flying and acquired his private pilot’s license before he could officially drive a car. Upon graduating from high school he put that experience to use by enlisting in the US Air Corp. It was after his honorable discharge that he pursued his college career.

Throughout his long life his work ethic and energy knew no bounds until recently. Clayton was actively involved in the operation and management of his family’s 50 year old business, The Boston Candy Shoppe & Restaurant and The Betsy Ross on Public Square in Wilkes Barre. During those years he was employed as a part time commercial airline pilot for US Overseas National, Loftleidir and Icelandic Airlines. He became a charter member of the National Coffee Service Association and began CK Office Coffee Service, the first of its kind in Northeastern PA. He grew and nurtured this innovation for 30 years, selling it in 1996. During these years he formed a partnership with four other men and together they built the Wizard Car Wash in Wilkes Barre, Kingston and Scranton. Another first of its kind, a 3 minute, fully automated car wash. They developed an RV Campsite, Hidden Lake, in Shickshinny and built Key Market Distribution Warehouse Center in Dunmore.

Amazingly enough he found time to be a very active community volunteer. He served on the regional boards of the United Penn, Mellon and Pennstar Banks, NEPA Philharmonic, the Greater Wilkes Barre Chamber of Business and Industry where he ranked 8 th nationally in the Chamber of Commerce of the United States Membership Contest in 1984 and received the local Chamber’s first Lifetime Ambassador Award in 2012. He served on the YMCA board and board of Trustees and received their Layman of the Year Award in 2002. In 2017 he received the Robert K. Mericle Leadership Award. He was a member of 65 plus years of the Irem Temple Shriners and Masonic Lodge #61 and the Ancient Temple of Scottish Rite Masons, Valley of Scranton, who recently awarded him a 70 year membership pin. Clayton was a member of the Dallas Shriners Flight Squadron. This group provided flights on their planes, for children in need, to the Philadelphia and Boston Shriner’s Hospital for care not available locally. Due to his efforts the Masonic Village at Dallas and the new Country Club became a reality in 2009. He served on the Valley Auto Club (AAA), Wilkes Barre Vo Tech and Luzerne County Tourist Association Boards. Clayton was past president of NEPA Restaurant Association and the AHEPA Black Diamond Chapter #55. In 2019 he and his wife were honored to receive the Evergreen Award from the Osterhout Free Library.

To say Wilkes University was important to him since graduation in 1949, would be an understatement. He served on many committees including the Community and Capital Campaigns. In 1994 he served on the President’s Council and many years on the Alumni Association Board and earned their first Director Emeritus chair in 2017. He received the Eugene Farley Award, the Honor of Wilkes Colonel Award as well as the Wilkes Ancestral Colonel and was the recipient of the coveted President’s Medal along with his wife in 2016. As part of his legacy to Wilkes he was proud to help fund the South Main Street, East Campus Gateway and gift the Media and Communication Center, The Darte Center digital marquee, the Henry Student Center Atrium, the Cohen Science Center grand staircase, Library Web of Science project and the Greenway Pergola projects.

For more than 50 years Kingston was his home and he left his mark in that community as President of the Kingston Business Men’s Association in 1970, Chairman of Kingston Boro Planning and Zoning Commission. At the pleasure of the voters he was honored to become a member of the Kingston Home Rule Study Commission along with four other Kingston residents.

Clayton was a member of the Westmoreland Club, the Luzerne Foundation, The Luzerne County Historical Society, the YMCA Heritage Society, the Masonic Franklin Legacy Society, the John Wilkes Society, the Aircraft Owners and Pilots Association and a life-long proud member of his church, The Annunciation Greek Orthodox Church in Wilkes Barre.

He was a true renaissance man with a lust for life, laughter, love of his family, many friends and the Wyoming Valley. He enjoyed traveling with his wife, sometimes family and friends to all 7 continents by air, rail, ocean liner and on one occasion a hot air balloon. He enjoyed hosting parties at home, ballroom dancing, playing the piano and mandolin, playing pool and lunching with the “men of the round table” at the Westmoreland Club, all racquet sports and any new business ribbon cutting events on both sides of the river. Clayton’s paying it forward philosophy and philanthropy will live in perpetuity.

Special thanks to the aides from Mary Erwine Health & Home Services and Care Givers of America who for several years, along with his wife, provided all the TLC he required in his final years. We would also like to thank the nurses and aides at Wesley Village and Hospice of the Sacred Heard for all their attention to his needs in recent months.

His beloved family members preceded him in death: his parents, his brothers Alexander (who died in infancy), James (Jim) Karambelas, and sister, Thecla Karambelas Cassimatis.

The family will be present to receive friends Friday from 4:00 – 7:00 PM at Kniffen O’Malley Leffler Funeral & Cremation Services, 465 S. Main St., Wilkes-Barre. A Trisagion Service will be held at 6:00 PM.

Funeral services will be Saturday at 10:30 AM at Annunciation Greek Orthodox Church, 32 E. Ross St, Wilkes-Barre. For those attending, please go directly to the church. Entombment will follow at St. Mary’s Cemetery, Hanover Twp.

Condolences may be sent to kniffenfuneralhome.com

To send flowers to the family or plant a tree in memory of Clayton J. Karambelas, please visit our floral store.